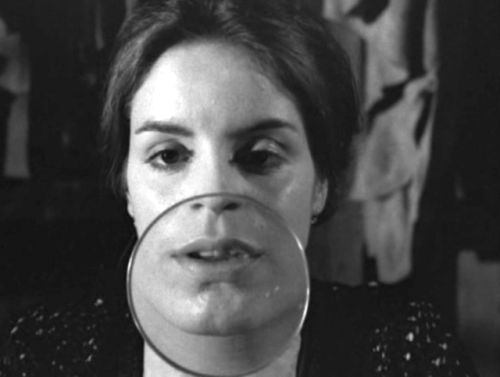 I think of Canada as female. All the art I’ve been doing or will be doing is about Canada. I may tend to overly identify with Canada.” Wieland’s passionate nationalism arose from her concern about the American takeover of Canadian natural resources, coupled with faith in “feminine” ecological principles. It was her inspiration to appropriate the fervour of American patriotic feeling, and to harness it to a counter-nationalism that playfully subverted Trudeau’s dictum, “Reason Over Passion.” Wieland’s inventive experimental films of the 1960s and 1970s are enjoying a revival among critics and feminist film scholars. The travelling retrospective of 17 films in 16mm format includes well-known shorts such as Water Sark (1964) and Rat Life and Diet in North America (1968), plus La Raison Avant la Passion (1967) and the feature-length melodrama The Far Shore 1975.

Film series and exhibition presented with support from the Canada Council for the Arts.