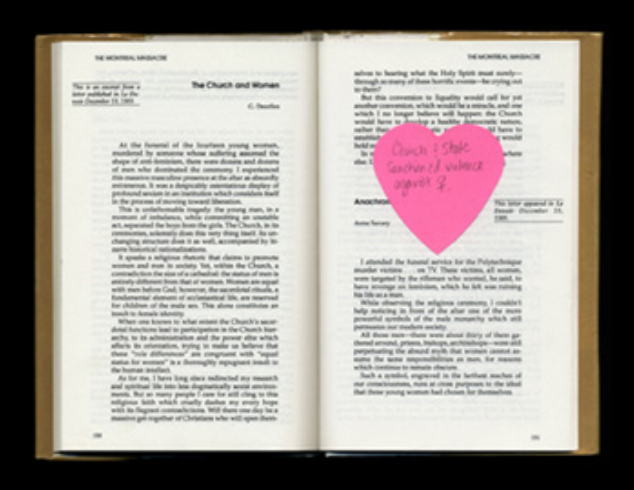 In keeping with Mallett’s interest in alternative, often unsanctioned, forms of dialogue, the photographs in Marginalia depict annotations and graffiti found in selected books circulated by the Vancouver Public Library. The marked pages reflect the opinions of teens, feminists and art historians, as expressed in subject areas ranging from teen suicide to Milton’s Paradise Lost. In representing the marginalia in situ, alongside the official text, Mallett’s photographs reveal reading as a practice that can be rife with contestation, even fury. 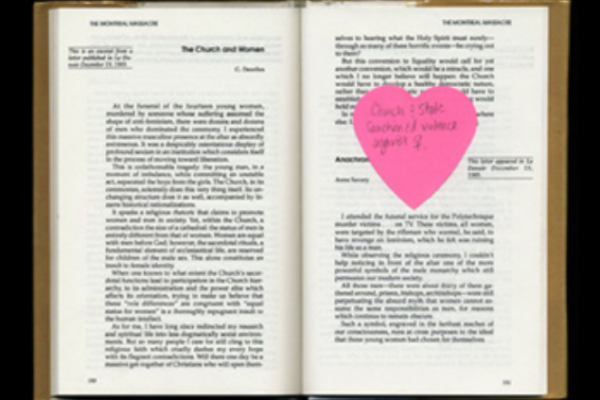 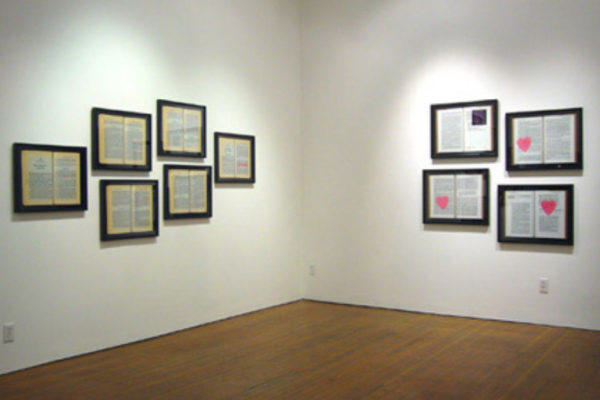 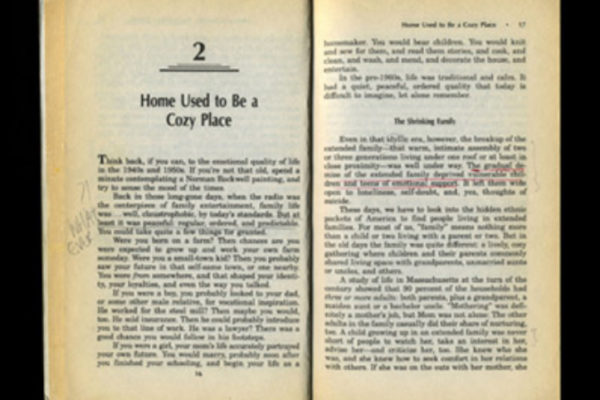 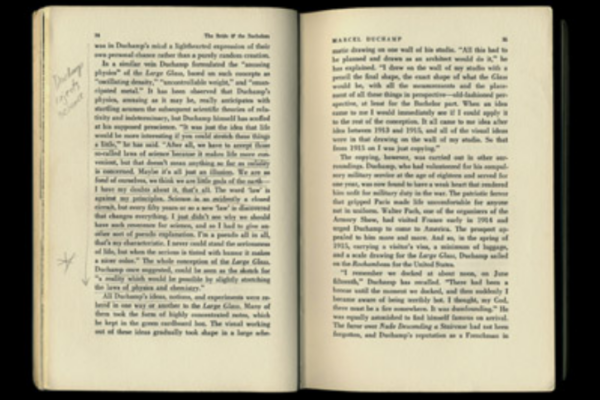