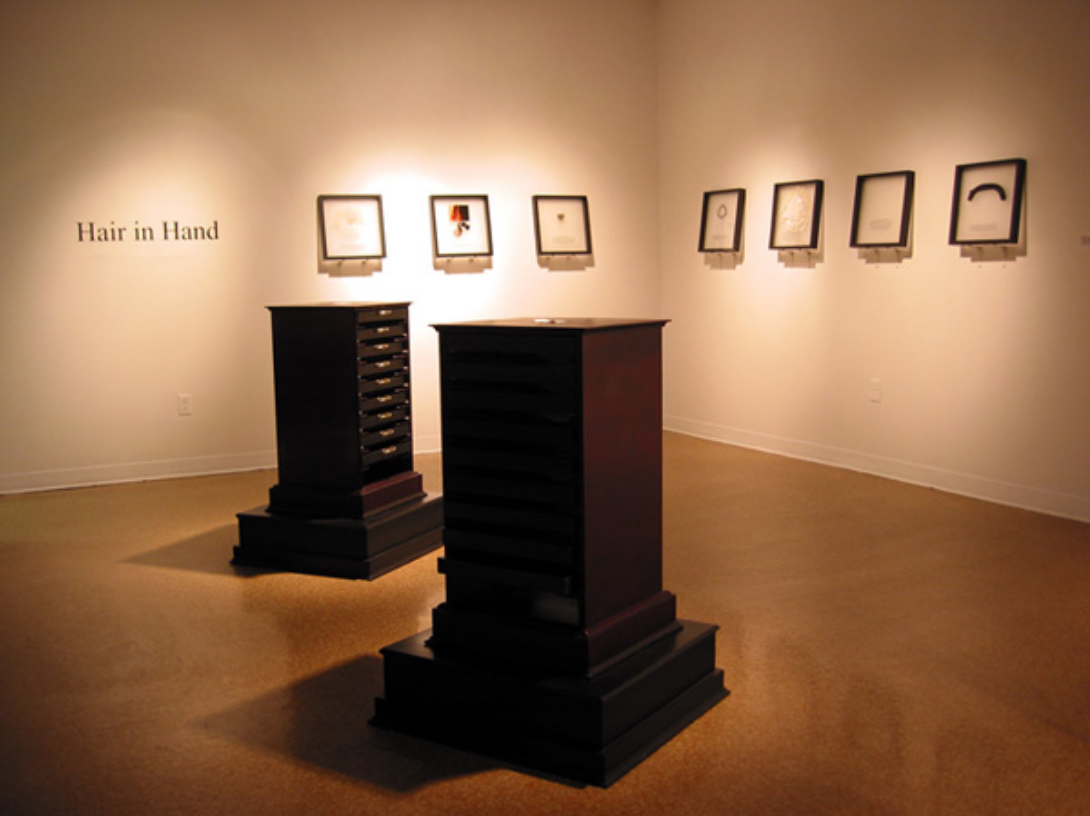 Hair, and particularly the hair of women, is an emotionally charged subject. The works in this exhibition frame women’s bodily experiences in the context of handwork and hair–where hair appears both as an artist’s material and as the physical trace of its owner.

Andrea Ward incorporates actual hair into intimate portraits of the 41 individuals she interviewed for the project Hairstories (1989-1994). The complete suite of 41 panels contains hair samples, memory tokens and statements obtained from women in Toronto and Montreal. Hairstories suggests parallels between women’s self-transformation practices and critical practices in general.

A former resident of Halifax, Andrea Ward graduated from NSCAD with an MFA in 1991. Hairstories toured galleries across Canada in 1993. In 1996, Mount Saint Vincent University purchased eight panels from the series, which are currently on view in the university library.

The two works by whitefeather belong to a series entitled femiliar, which evokes female puberty, marriage, motherhood and menopause. Whereas Ward’s work is generally exhibited in the context of art, whitefeather situates her practice in craft techniques historically associated with women. The elaborate incorporation of hair into domestic objects lends her works a sanctified, ritual aura.

Whitefeather is a published poet, textile and performance artist who lives in Fredericton. She has received several awards for weaving and teaches at the New Brunswick College of Craft and Design, from which she graduated in 2001. Femiliar was previously exhibited at the UNB Art Centre in Fredericton. 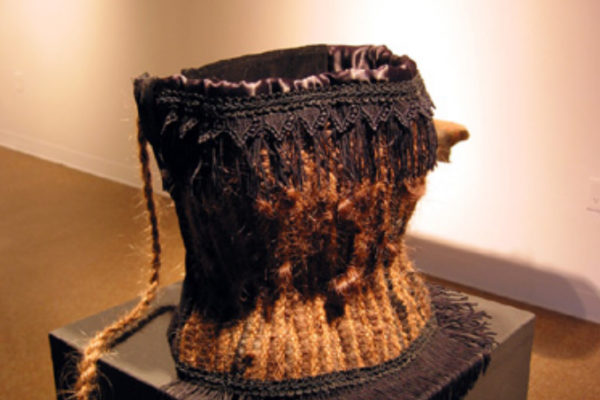 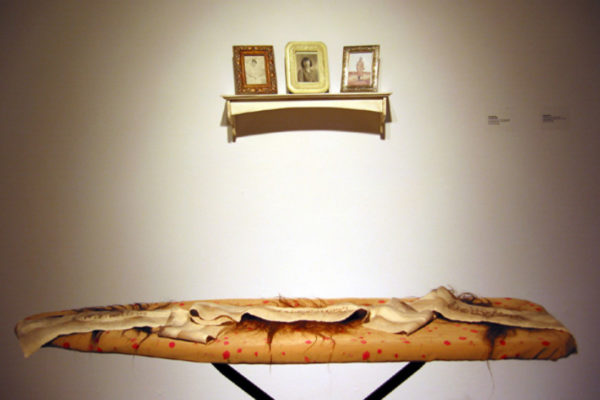 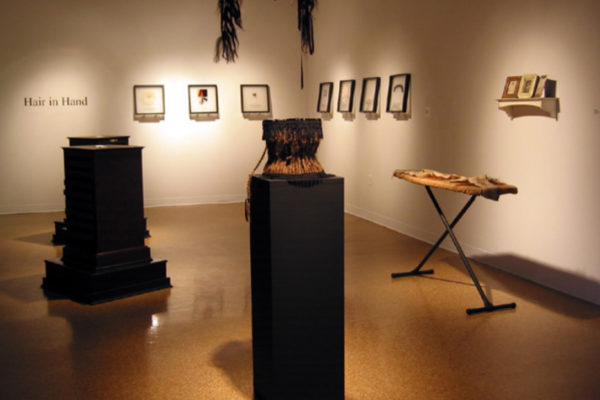 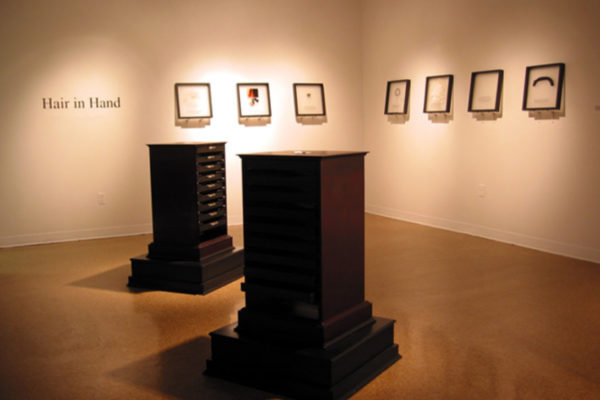