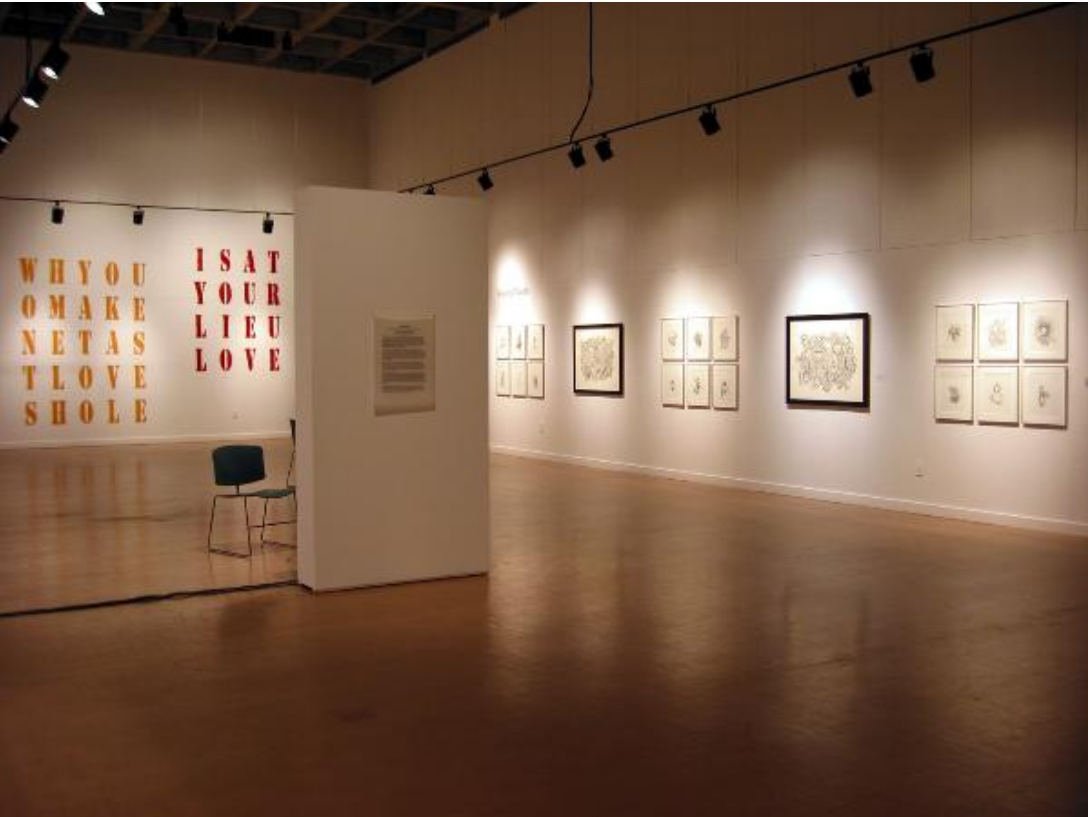 The art in “Beyond Words” encourages viewers to think of language as something more than a transparent medium of communication. Each piece incorporates printed or handwritten text in ways that defeat a simple reading response. Letter forms, cursive script and printed pages are transformed into sensuous, enigmatic, and even illicit “material.” Letraset collage, pulled threads, sandblasted glass, recorded sound and video, are some of the media represented. In order to read these works, viewers must pay attention to form and materials, in addition to the text. Verbal unintelligibility becomes part of the overall meaning.

Some of the works voice languages other than English, such as Cree, Hebrew and French. Indian Act, by the Algonkin-Québécoise artist Nadia Myre, and Word for Word by Ruth Cuthand and Elizabeth MacKenzie, also dramatize cultural assimilation and language loss. To make Indian Act, for example, Myre downloaded the text of “The Indian Act” and invited friends and relatives to replace each letter on the page with a white bead. The remainder of each page was to be filled with red beads. The resulting refusal to communicate in shared cultural terms eloquently talks back to the legislation.

By pulling coloured threads through gauze, Sylvia Ptak achieves a remarkable facsimile of manuscript pages. The sense of her work rests on its uncanny mimicry of authoritative paper documents, which it replaces with a silent countertext. Rober Racine’s Signatures sonores and Dessins also set up a correspondence between handwriting (autographs collected during the “Radio Rethink” residency at Banff) and its representation, through the whispering recorded sound of the writing.

Kelly Mark brings out the strangeness of language by associating it with formalist art styles of the past. To compose her black and white “drawings,” Mark uses salvaged Letraset, a type of self-adhesive vinyl lettering, as though letters and punctuation were abstract design elements. Paul de Guzman goes further, by laboriously excising the linguistic elements from monographs on the artists Roni Horn, Raymond Pettibon and Doris Salcedo. Through an extraordinary displacement that is nevertheless a tribute, the encased husks of these books are transformed into an intricate architecture.

The works of Gilbert Boyer are inspired by structures containing words, ranging from tefillin (phylacteries) or prayers encased in boxes, used in Jewish ritual, to electronic communications framed by the luminous screen of the computer. His poetic inscriptions fuse the ephemerality of the spoken word with the conventions of the commemorative monument. 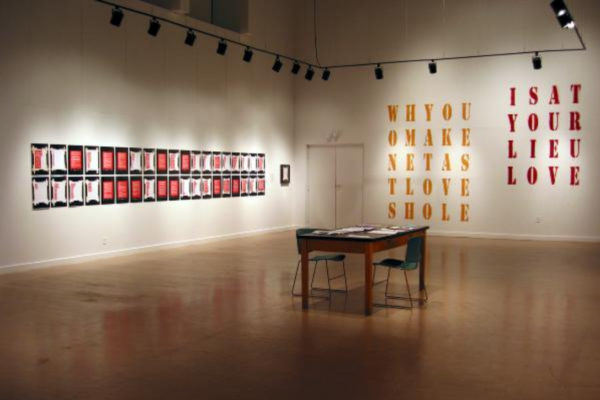 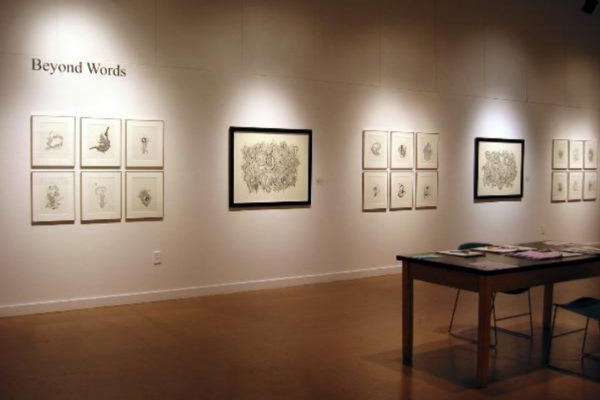 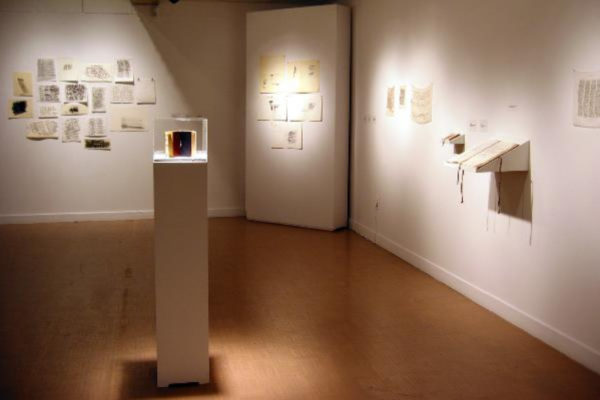 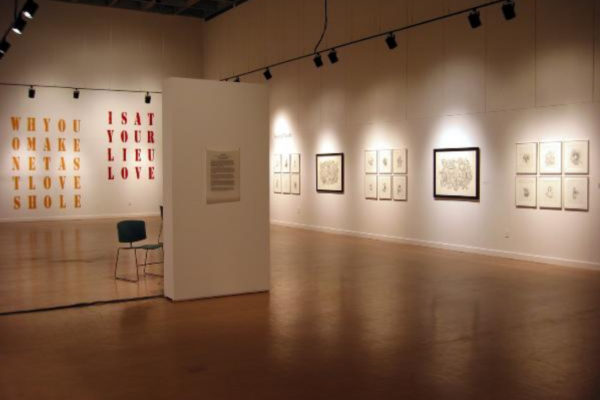 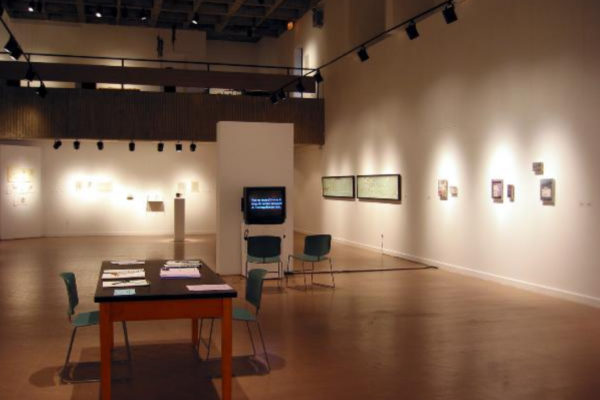 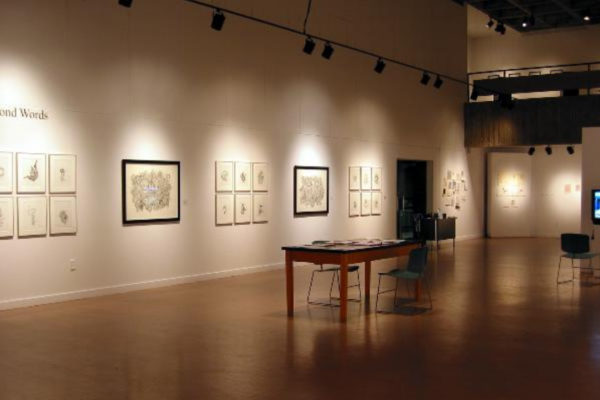