Godless at the Workbench 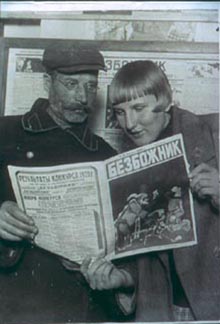 After the October Revolution, the Soviet government worked to secularize the labour force. One strategy was to flood the popular press with imagery that debunked religious superstition while promoting the emancipation of women and scientific practices in agriculture. Prominent artists such as Vladimir Mayakovsky and Aleksei Gan contributed images to the propaganda campaigns conducted in satirical and anti-religious journals.

Canadian art historian Annie Gérin selected the Soviet journals, posters, photographs and film (1918-1939) from the holdings of the British collector David King. The exhibition offers a gripping study of tensions between religion and the modern state as played out in state-controlled mass media. Historians may want to draw comparisons with Quebec’s Quiet Revolution and the “faith-based” shift in US political rhetoric.

A SPECIAL LECTURE by Annie Gérin will be held in the gallery on Sunday, 14 November at 3 pm. The chartered bus leaves 5163 Duke Street at 2:00 pm, returning to the Mount at 5 pm to take passengers to the Khyber on Barrington Street. 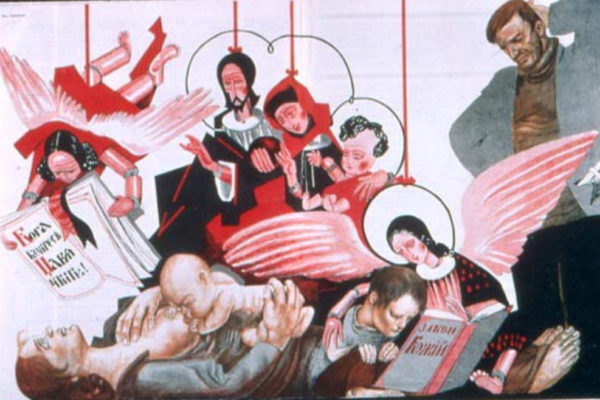 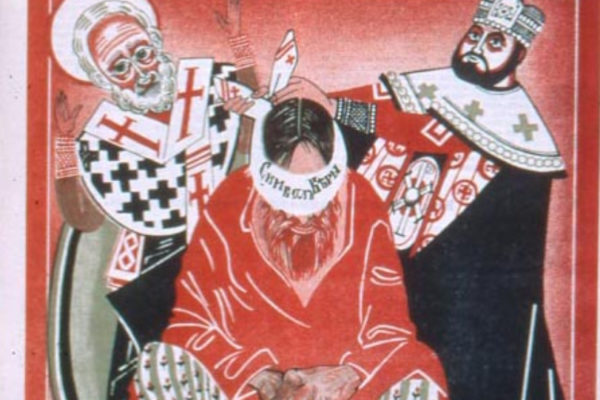