Davidson has chosen the radical format of “agitprop” for her body of work. In the form of letterpress posters, pamphlets and other ephemera, Davidson’s militantly analogue printed matter advocates alternative forms of social organization in a future, post-capitalist era.

As one of the few “out” gay artists practicing in Halifax, Dan O’Neill’s lithographs range from the subversive to the outrageous. His elaborately collaged compositions appropriate popular imagery in the manner of queer activist movements of the 1980s and 90s—but with targets more numerous and various. 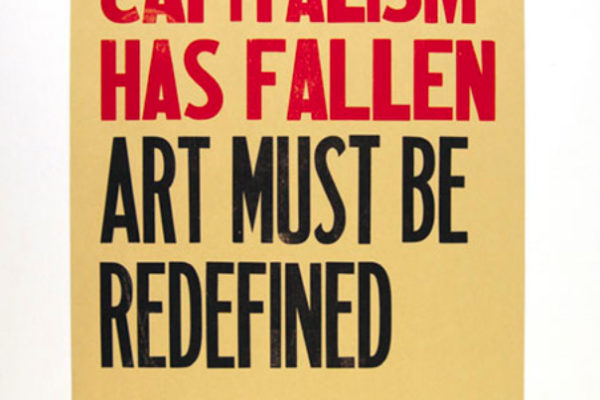 Emily Davidson, Captialism Has Fallen Art Must Be Redefined (2012) 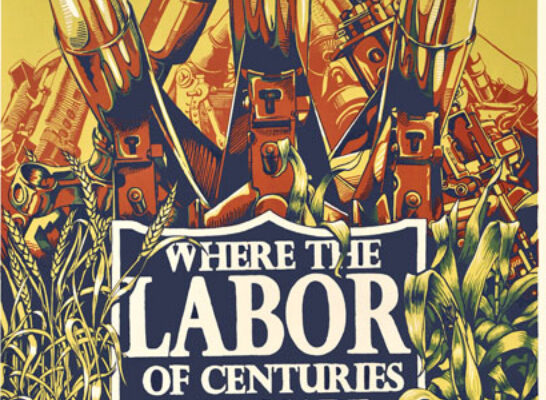