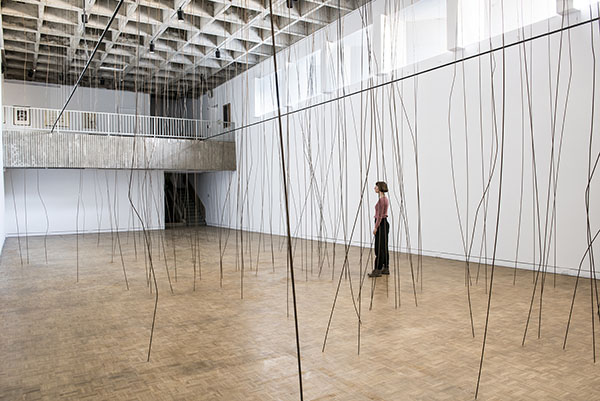 Storch’s sculpture emphasizes process, physicality and the unique properties of materials. These characteristics are reminiscent of minimalist and post-minimalist practices of the 1970s. A Danish critic has identified a range of art-historical allusions in her work: “Donald Judd’s specific objects came to mind, as did Robert Irwin’s more delicate combinations of material qualities and visual effects, and the sensual spatial politics of Lygia Clark and Helio Oiticica.”

The new work proposed by Storch engages with the gallery’s two-storey architecture, deploying a forest of narrow metal rods to span the distance between floor and ceiling with an effect similar to that of a drawing. It incorporates the formal paradox typical of Storch’s sculpture, wherein the physical concreteness of the elements belies the optical variability of their appearance.

The work is composed of 137 quarter-inch, oxidized cold-rolled steel rods, pierced at the top and attached with wire to anchors set into the coffered concrete ceiling. The rods are welded once, each in a different place along its length from the others. In addition, the rods have been bent by hand, each in a unique way.

The rods vary in length, however each spans the entire distance between the floor and its attachment point on the ceiling, either 7.18 metres to the interior of a coffer or 6.57 metres to the lower edge of a coffer. The irregularly shaped array of rods covers a floor area of approximately 18.51 metres by 8.23 metres. 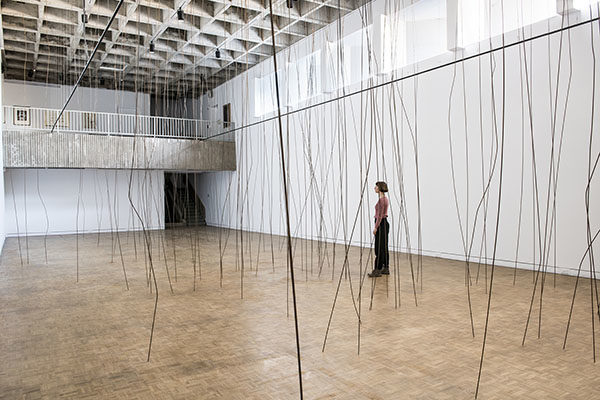 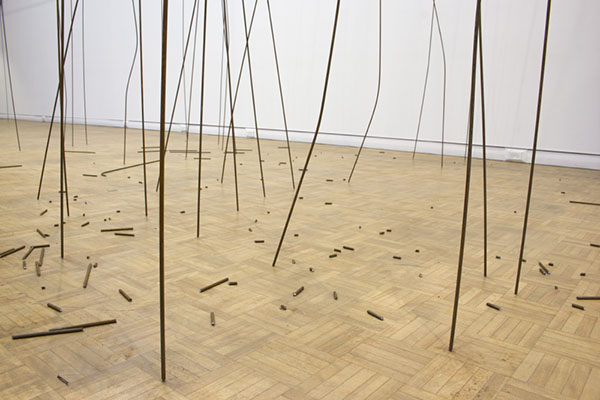 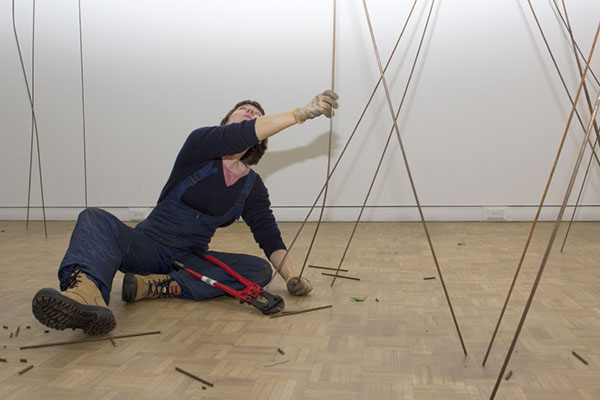 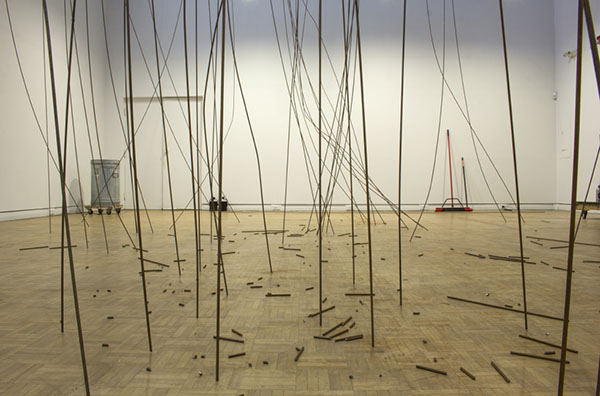