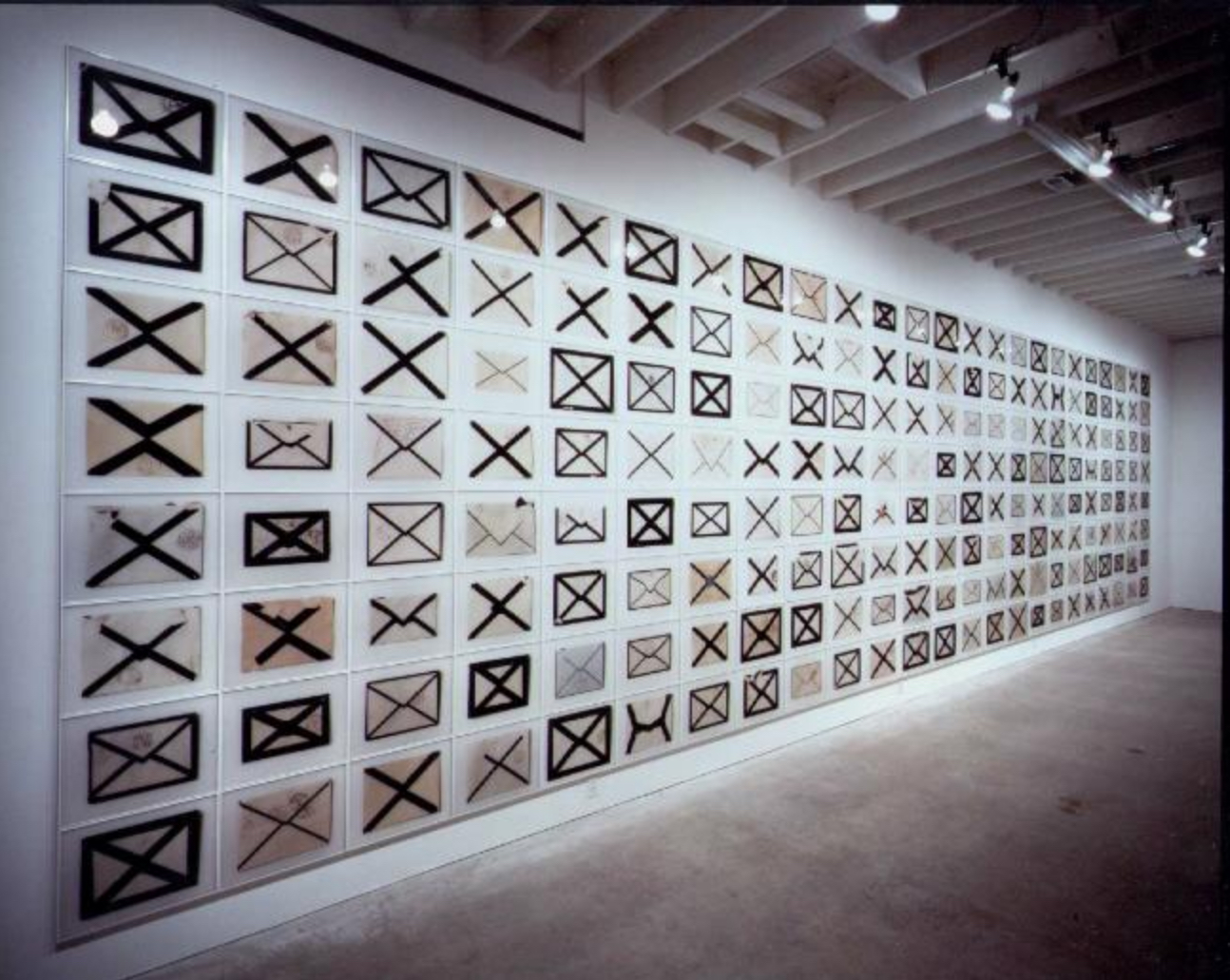 Toronto-based artist Arnaud Maggs has acquired a reputation for his series of 96 photographs that obsessively examine the signs of identity, whether as indexical trace or as denotative code. Notification 1 is composed of 96 colour photographs of the backs of envelopes used for the mailing of death notices in France in the late 19th and early 20th centuries. Mounted in a grid, these images produce a striking graphic pattern with their large black “Xs.” The effect, which dawns gradually, is one of full-frontal documentary abstraction. 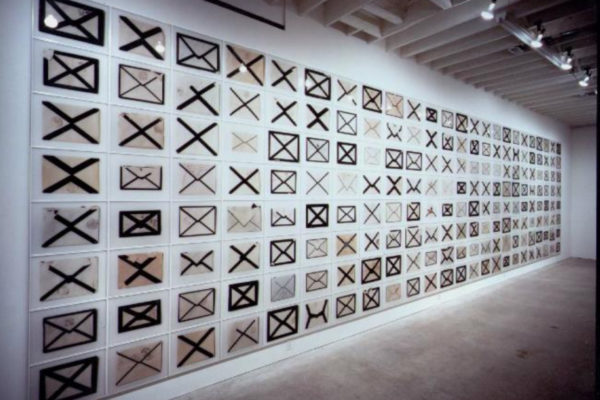