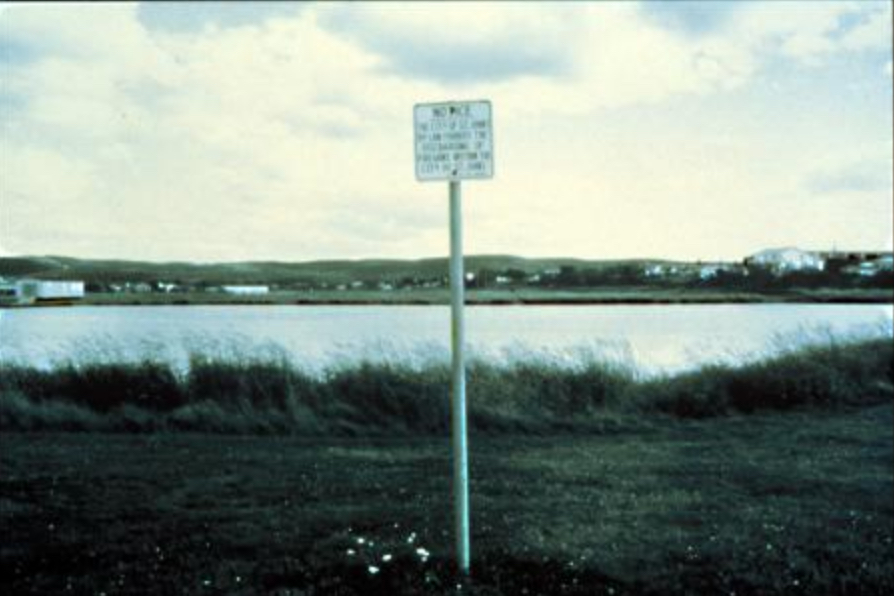 A series of 13 photo-assemblages combining text, photographs and natural objects by the St. John’s-based artist focuses on signs in public recreational areas in Newfoundland. Creates’s critical orientation, as embodied in the Language and Land Use series, involves an inquiry into the layers of language and narrative hovering over and infused in specific landscape sites. In each place, she considers the posted signage, which directs human behaviour within an implicit context — often that of environmental preservation.

The companion project (Intersections: Places, General Regulations and Memories) has Marlene Creates intervening physically on the campus of Mount Saint Vincent University, with the introduction of small, post-mounted “plaques” in selected sites. Commissioned on the occasion of MSVU’s 125th anniversary (1873–1998), Intersections functions as a metanarrative, claiming the campus tout entier as a repository of cultural history. 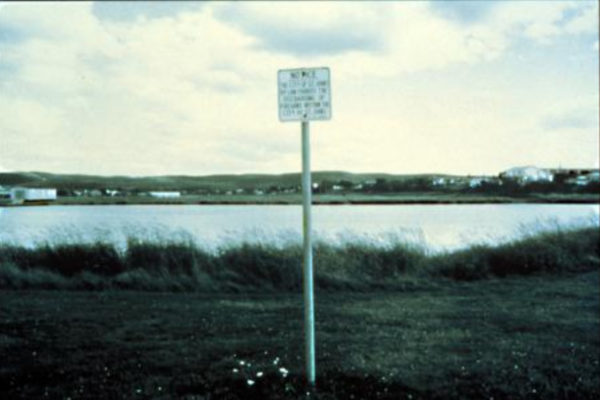 Marlene Creates. The City of St. John's By-Law Forbids the Discharging of Firearms: Language and Land Use (detail). Series of assemblages of three black and white photographs with handwritten text and natural materials gathered from Newfoundland recreational sites (1994)